You are here: Pharmaceutical Society of Northern…|Publications|News|New Fitness to Practise Sanctions 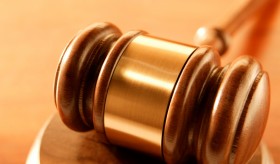 With the introduction of the new legislation in October 2012, the Fitness to Practise process has been restructured and the Committees (the Statutory and Scrutiny Committees) have been given new powers.

Speaking about the new powers Brendan Kerr, Registrar, said “For some time now, it has been recognised that the range of sanctions available in Fitness to Practise cases have been inadequate.

Until October 2012 we had no power to impose sanctions other than removal from the register.

Now with the greater range of sanctions and the availability of Interim Orders, we, as an organisation will be able to deal more appropriately with the range of issues raised when a registrants Fitness to Practise is queried.”

with, of course, removal/erasure from the register remaining the ultimate sanction.

Specifically Interim Orders enable the Fitness to Practise committees to to take a pharmacist off the register whilst a case is investigated.  This is utilised in cases where it is considered that the registrant, unrestricted, may pose an immediate risk. In such cases, Interim Orders do not represent a finding of fact, but represents an action taken to protect the public.

Commenting on the changes the Registrar reiterated, “Ultimately, these new sanctions are there for the protection of the public and will help safeguard the pharmacy profession inNorthern Ireland. These new powers are to be welcomed, as it further enables the Pharmaceutical Society NI to carry out its role in a modern and efficient way. ”